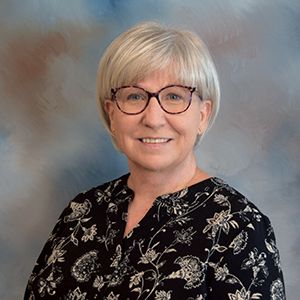 Guaranty Bank is pleased to celebrate the golden anniversary of Residential Funding Coordinator Mary Jensen, who this month marked an incredible 50 years of employment.

“I love what I do,” Jensen said. “I have been very fortunate in my relationship with Guaranty Bank. I have always worked hard and tried my best to be productive at whatever position I was in.”

Across five decades those positions have varied, but are limited to an astonishing three. She was hired in January of 1972 as an insurance agent when the bank was known as Guaranty Savings and Loan Association. Back then, she said, there were 18 total employees, one computer on the teller line which held records for savings accounts only, and there were no copiers to be found, only typewriters.

“Guaranty did not remain a savings and loan association with one location at the corner of Jefferson and Walnut in downtown Springfield as it was when I started with the bank,” she said. “But it seemed from the time I started the bank was always interested in growing, thinking about what else we can do or offer to help our customers.”

Jensen was a part of that growth, becoming a licensed stockbroker and investment advisor in the late 1980’s, she said. Not long after, in the early 1990’s, she moved to the bank’s mortgage department, where she’s enjoyed working ever since.

“Mary’s 50-year anniversary is such a remarkable achievement, not just because of the years she’s dedicated to Guaranty Bank but because of her complete devotion to working hard and doing whatever job is thrown at her with grace and kindness,” said Michael Frerking, director of residential lending. “She continues to be a stalwart of our department and such an important piece to our team as well as a big part of all the success we’ve had in the years since I’ve been here.”

Jensen said there’s no retirement countdown on the horizon and that she has every intention of continuing to help customers fulfill their homeownership dreams.

“Of course it doesn’t seem like 50 years, that is a big number,” she said. “I never dreamed I would be at this point, looking back at 50 years with Guaranty Bank, but I am so blessed and thankful to be here. I’ve worked with a lot of wonderful people over the years and I hope I helped a lot of our customers achieve their goals because that’s what we do here. I’m not quite ready to let it go. From my point of view, retirement is still off in the future somewhere!”